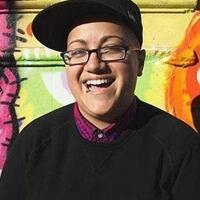 Join the University of Portland to hear from Gabby Rivera, who believes it’s vital to encourage people of all backgrounds to create, and daydream.

Gabby Rivera is an outgoing, outspoken creator invested in fostering better dialogue, inspiring radical creativity, and improving our most vulnerable communities. The author of Juliet Takes a Breath, she’s also the writer of the Marvel series America—featuring the first queer, Latinx teen-girl superhero. It’s catching headlines from The New York Times, Vogue, and beyond—and Marvel Studios and Disney+ just announced a new show based on the series.

This is a University of Portland event co-hosted by UP Connections, Gender & Women's Studies, Social Work, Sociology, Psychology, and Diversity and Inclusion Programs.