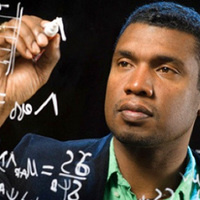 “What a Scientist Learned from Jazz about Innovation”

Stephon Alexander, professor of physics at Brown University and the president of the National Society of Black Physicists will give a talk “What a Scientist Learned from Jazz about Innovation” via Zoom as a guest of the UO Physics Department. The event will be hosted by the OHC and sponsored by the OHC’s Endowment for Public Outreach in the Arts, Sciences, and Humanities.

Alexander, who was born in Trinidad and moved the U.S. at eight, is a theoretical physicist specializing in cosmology, particle physics, and quantum gravity (String Theory and Loop Quantum Gravity). He has held previous appointments at Stanford University, Imperial College, Penn State, Dartmouth, and Haverford College. He is Executive Director of the Harlem Gallery of Science and an Affiliate Professor in Africana Studies at Brown.

Alexander, a jazz saxophonist, also explores interconnections between music, physics, mathematics, and technology though recordings, performance, teaching, and public lectures. He has performed and collaborated with Will Calhoun, Brian Eno, Marc Cary, Vernon Reid, Ronnie Burrage, and Jaron Lanier. He authored the book The Jazz of Physics: The Secret Link Between Music and the Structure of the Universe published in 2017, which uses jazz to answer physics’ most vexing questions about the past and future of the universe. Following the great minds that first drew the links between music and physics—a list including Pythagoras, Kepler, Newton, Einstein, and Rakim—The Jazz of Physics reveals that the ancient poetic idea of the “Music of the Spheres,” clarifies confounding issues in physics.