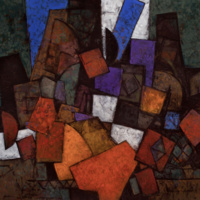 This exhibition will showcase how this generation of artists continues to represent the highest levels of artistic statement and creative accomplishment, while maintaining commitments to personalized styles. Sixty years after their careers started in this state - in many cases, as students of the University of Oregon's M.F.A. Program, at Oregon State University, or at Portland's Museum Art School (now Pacific Northwest College of Art) - these artists continue to create art that inspires and expands this state's artistic landscape. Thanks to a Ford Family Foundation Exhibition and Documentation Support Grant, the exhibition will be accompanied by a catalog with essays by JSMA McCosh Curator Danielle Knapp and Dr. Henry Sayer, Distinguished Professor of Art History at Oregon State University - Cascades Campus.