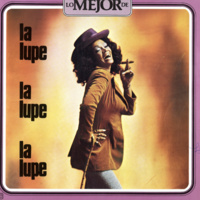 Visual Clave: The Expression of the Latino/a Experience through Album Cover Art: 1940-90

Visual Clave explores the evolution of Latin album cover art with particular focus on the United States market. It pays critical attention to issues of identity and aesthetics through depictions of Latino/a people and cultures, historical context, and the unsung graphic artists who helped present Latin music—and its attendant socio-cultural themes—to the world. The show weaves a compelling narrative through the display of album jackets for 78 RPM records from the 1930s and ’40s to LP covers from the 1960s through the ’90s. Throughout the exhibition, individual album covers are juxtaposed with their original art, often made by New York-born and based designers from the “golden age of salsa” (late 1960s-’70s). For the artists, record albums served as an important creative outlet for commentary on urgent cultural, political, and economic issues affecting Latin American and Caribbean immigrant communities in the United States. Clave (pronounced CLAH-vay) is the African-derived 2-3 or 3-2 beat used in genres from the Cuban son, mambo, cha-cha-cha and rumba to the Colombian cumbia, the Dominican merengue, and the Mexican son jarocho. Here, the concept of clave—essential to understanding Afro-Antillean popular music and dance—suggests that the visual presentation of the music is as culturally informed as the recordings contained within the packaging. A music listening station will accompany the objects on view.

Visual Clave is organized by Philip W. Scher, UO Professor of Anthropology and Folklore and Public Culture and Divisional Dean for Social, and Pablo E. Yglesias, a Northampton, MA-based Cuban-American researcher, writer, musician, artist, and DJ. An expanded version of the exhibition was on view previously at the Student Union Art Gallery at the University of Massachusetts-Amherst; the Bronx Music Heritage Center, NY; and Picture Farm Gallery, Brooklyn, NY. Visual Clave takes its inspiration and intellectual structure from Yglesias’ book Cocinando: 50 Years of Latin Album Cover Art (Princeton Architectural Press, 2005). The exhibition is supported by UO’s College of Arts and Sciences, the Center for Latino/a and Latin American Studies (CLLAS), and a JSMA Academic Support Grant.