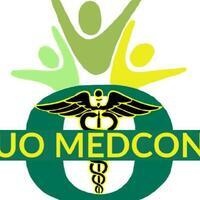 The purpose of this event is to bring a pre-medical conference to the UO. This conference will begin with a keynote speaker talking on diversity in medicine. Following the keynote speaker, there will be four breakout sessions focusing on different pre-med related topics run by different groups of guests. The first breakout session will focus on medical school admissions. There will be speakers from OHSU, COMP-NW (Oregon DO school), and UW medical school. The second session will consist of physicians, with at least two DO physicians and at least two MD physicians.

There will be an hour lunch with catering and tabling by UO groups such as the health professions program, and Center for Undergraduate Research, and external groups such as ScribeAmerica. In the afternoon the last two breakout sessions will consist of UO resources such as professors and researchers and the final session will be run by current medical school students.