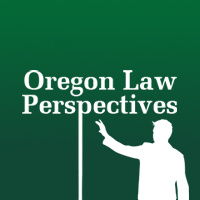 Toward a Problem-Solving Approach for Anti-Discrimination Law: Addressing Racial Disparities in School Discipline

Federal anti-discrimination law generally focuses on prohibiting overt forms of racial discrimination. Because racial disparities often result from a wide variety of factors other than explicit forms of racial animus, this focus is too narrow for the law to play an effective part in working to address them. Using the example of longstanding and widespread racial disparities in school discipline, Associate Professor of Law Erik Girvan and his collaborators in the UO College of Education and Oregon Research Institute will summarize their research examining the scope and causes of those disparities, as well their experiences designing effective approaches for reducing them. They will then discuss how their experiences working to understand and solve this problem might inform ways in which law may become a more effective ally in meaningfully reducing racial disparities more generally.