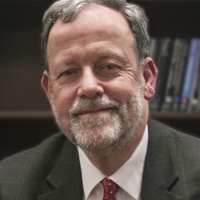 The University of Oregon invites you to hear from guest speaker Keith Hall, director of the Congressional Budget Office, with remarks from Sarah Nutter, dean, Lundquist College of Business.

Since 1975, the Congressional Budget Office has produced independent analyses of budgetary and economic issues to support the Congressional budget process. Each year, the agency’s economists and budget analysts produce dozens of reports and hundreds of cost estimates for proposed legislation.

Keith Hall has directed the Congressional Budget Office since 2015. He has more than 25 years of public service, most recently as the chief economist and director of economics at the International Trade Commission (ITC). Before that, he was a senior research fellow at George Mason University’s Mercatus Center, the commissioner of the Bureau of Labor Statistics, chief economist for the White House’s Council of Economic Advisers, chief economist for the Department of Commerce, a senior international economist for the ITC, an assistant professor at the University of Arkansas, and an international economist at the Department of Treasury. In those positions, he worked on a wide variety of topics, including labor market analysis and policy, economic conditions and measurement, macroeconomic analysis and forecasting, international economics and policy, and computational partial equilibrium modeling. He earned his Ph​D​ and MS​ in economics from Purdue University.

Sponsored by the University of Oregon Lundquist College of Business, the College of Arts and Sciences, and the Wayne Morse Center for Law and Politics.