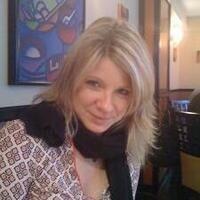 “The Longest Resistance: Anti-Fascist Women between Franco and Hitler”

"This is a book project about Spanish and Catalan women whose struggle against fascism began earlier and lasted longer than that of any of their continental comrades. I have analyzed the oral histories of these women, in which they recount their struggles during the Spanish Civil War (1936-1939), their fight against Franco’s dictatorship during and after World War II, their involvement in the French Resistance, and for some, their battle against Nazism. I contextualize the experiences by drawing on research on women survivors of the Holocaust and on the regimes of torture in Latin America. Women survivors in European narratives have been reluctant to speak about what they endured; by comparing the experiences of other groups of women, I have been able to cross national, temporal, and geographic boundaries to examine the coercion and terror that women political prisoner faced under fascist regimes."

College of Arts & Sciences, Center for the Study of Women in Society, Oregon Humanities Center, German and Scandinavian, History, Romance Languages, Division of Equity and Inclusion, Office of the Vice President for Equity and Inclusion (VPEI), Featured DEI Events