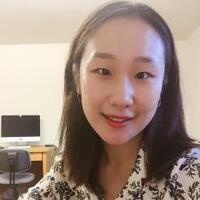 Although the North and South Korean languages are mutually intelligible, due to the 71 years of physical separation between two countries, drastic linguistic divergence has been observed. Currently, more than 30 thousand North Korean (NK) refugees are living in South Korea (SK). However, because of their nonstandard dialect, they experience discrimination in job interviews and isolation within South Korean society (Kim & Jang, 2007). More specifically, they have reported that their nonstandard pronunciation and accented speech affected their ability to adapt to life in SK (Lee, 2009). This study aims to examine NK speakers’ speech patterns in stop production, and how it may shift depending on various contextual factors, with the goal of exploring the stance(s) NK speakers may take towards their lives in South Korea (SK). Three research questions are proposed.

This study can reveal factors that influence NK speakers’ stop pronunciation as well as shifts in their production. What’s more, this study can shed light on intraspeaker variation research in sociolinguistics and second dialect acquisition by providing findings on stop production patterns of NK speakers whose speech has yet to be thoroughly investigated.

Are you a linguist? Read a more specialized abstract here

Free and open to public