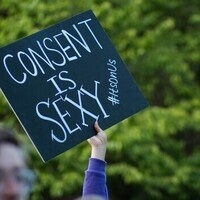 Sexual Violence at College: From Betrayal and Inequality to Research and Action

In collaboration with Sexual Assault Awareness Month, Psi Chi will host Jennifer M. Gómez, a Ford Fellow and doctoral candidate in Freyd's Dynamics Lab in the Department of Psychology at UO. By incorporating oppression and inequality into her research, Gómez has proposed cultural betrayal trauma theory as a way to study diverse trauma outcomes, including PTSD and internalized prejudice, in minority populations. Her talk, "Sexual Violence at College: From Betrayal and Inequality to Research and Action", will focus on bringing awareness about the prevalence and harm of sexual assault victimization on college campuses. Specifically, she will focus on how interpersonal, cultural, and instiutional betrayal contribute to negative mental health outcomes. Gómez will discuss the theoretical and empirical research as a way to promote awareness, healing, advocacy, and action in the battle against sexual assault on college campuses.

In addition to her research and clinical work with trauma survivors, Gómez has been an advocate for change in how universities handle sexual assault. Below is an article she wrote for The Register-Guard regarding the incidence of sexual assault on campus: