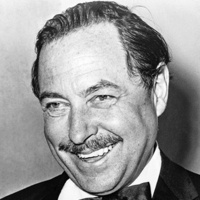 This seminar will focus on the three plays of Glass Menagerie (1945), Cat on a Hot Tin Roof (1955) and The Night of Iguana (1961), tracking Tennessee Williams from his first major success to the pinnacle of his art in the early 1960s. The seminar will include a mix of lecture, discussion, and audio readings, offering an overview of the dramatist’s life and works, and highlighting the complexities of his characters, particularly as they work to reconcile the body and the soul. Topics include:

Additionally, the instructor will draw from his personal experiences of taking part in the Tennessee Williams/New Orleans Literary Festival as well as the Saints and Sinners LGBTQ Literary Festival, where he read from his new novel, Galen's Legacy.