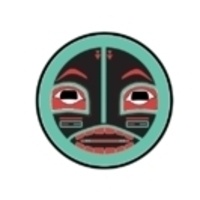 Protect the Sacred by Joey Montoya

Joey Montoya (Lipan Apache) is an indigenous multimedia artist, clothing designer and entrepreneur whose work is aimed at increasing the visibility and resiliency of indigenous peoples so they may create and fuel positive social change. All the art in this exhibit is inspired by indigenous-led social movements. Joey started his own brand, Urban Native Era (UNE), during his first year of college in 2014; UNE has now been thriving and growing for seven years. Urban Native Era (UNE) is a company whose goal is to build a platform showcasing the diversity and strength of indigenous nations across the globe while spreading awareness about the challenges we face today. Through the power of storytelling, Urban Native Era (UNE) uses design, film, and photography to empower collective change. Urban Native Era was born in response to indigenous-led social movements as a way to reclaim the narrative of being indigenous in everyday modern contexts. UNE strives to be an accessible outlet for indigenous people to do just that, simultaneously highlighting positive indigenous-led movements, and celebrating the diversity of indigenous cultures around the world. Joey will visit the UO campus on Tuesday, November 26th as part of the BEseries; his presentation - BE Process – starts at 6:00 pm (dinner is served 5:30 pm)  in the EMU Ballroom – join us!   Joey Montoya on Instagram @joeymontoya Urban Native Era on Instagram @urbannativeera