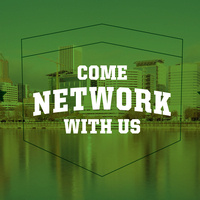 Join the Oregon Executive MBA in person or on Zoom to hear from fellow Portland, Oregon-based veteran Beach Pace, the CEO of Big Brothers Big Sisters Columbia Northwest. A U.S. Army veteran, Beach will speak to her time in and eventual transition from military service, as well as the power and importance of having veterans serve in the community.

Register for this free event on Eventbrite.

Beach is originally from New Jersey and holds a BS from the United States Military Academy at West Point and an MPA from Northern Michigan University. She served in the U.S. Army in the Ordnance branch both domestically and overseas as a bomb squad executive officer and commander. As a commander she led her unit in highly sensitive explosive disposal operations, improvised explosive device operations and State Department security operations for the US president, vice president, secretary of state, and other dignitaries both foreign and domestic.

She currently serves at the CEO of Big Brothers Big Sisters of the Columbia Northwest (BBBSCNW) . Its mission is to ensure all children achieve success in life via 1:1 professionally supported, long term and consistent mentorship. BBBSCNW serves 500 youth and their 500 mentors in the Portland and Vancouver metro areas. It is part of the 104-year-old Big Brothers Big Sisters Federation of sites serving youth worldwide. BBBSCNW was voted as one of the top 10 Non-profits in PDX and recently won the BBBS National Gold Standard Award two years in a row placing it in the top 1 percent of the 256 affiliates nationwide for overall performance.

Beach was elected to the Hillsboro City Council in November of 2018. She started her service as a city councilor in January of 2019.