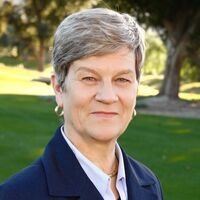 Using the debate over the safety and efficacy of hydroxychloroquine as a treatment for COVID-19 as a case study, this talk will explore ways to communicate the nature of emerging science to the press and public in polarized times and make the case for the need to more cogently communicate the standards that govern assessment of the quality of scientific evidence.

Kathleen Hall Jamieson is the Elizabeth Ware Packard Professor at the Annenberg School for Communication of the University of Pennsylvania and Director of the university’s Annenberg Public Policy Center. She has authored or co-authored 16 books, including Cyberwar: How Russian Hackers and Trolls Helped Elect a President, which won the Association of American Publishers’ 2019 R.R. Hawkins Award and was published in a revised paperback edition by Oxford University Press in June 2020. Among her other award-winning books are Spiral of Cynicism (with Joseph Cappella) and The Obama Victory: How Media, Money and Message Shaped the 2008 Election (with Kate Kenski and Bruce Hardy). In 2020, the National Academy of Sciences awarded Jamieson its Public Welfare Medal for her “non-partisan crusade to ensure the integrity of facts in public discourse and development of the science of scientific communication to promote public understanding of complex issues.” Jamieson is a member of the American Philosophical Society and the National Academy of Sciences, and a Distinguished Scholar of the National Communication Association. She also is a fellow of the American Academy of Arts and Sciences, the American Academy of Political and Social Science, and the International Communication Association. For her contributions to the study of political communication, she received the American Political Science Association’s Murray Edelman Distinguished Career Award in 1995. In 2016, the American Philosophical Society awarded her its Henry Allen Moe Prize in the Humanities.

Co-sponsored by the Center for Science and Communication Research, Phil and Penny Knight Campus for Accelerating Scientific Impact, and Wayne Morse Center for Law and Politics, this lecture is part of the School of Journalism and Communication’s annual Richard W. and Laurie Johnston Lecture series. This series brings professionals to the SOJC for thought-provoking lectures, workshops, and discussions about the thorny issues today’s journalists face, and is made possible by generous gifts from the Johnston family, George E. Jones of U.S. News and World Report, and the Correspondents Fund.

School of Journalism and Communication, Wayne Morse Center for Law and Politics, Phil and Penny Knight Campus for Accelerating Scientific Impact, 2020-21 Science, Policy, and the Public