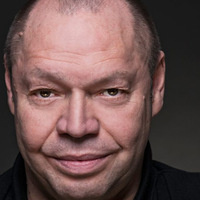 In 1995, Thomas Quasthoff made his American debut at Oregon Bach Festival. In 1998, he offered a solo recital including works from Schumann, Listz, and Brahms. The Quastoff recital is followed by a 2000 Jeffery Kahane performance of Beethoven’s Piano Concerto No. 4 in G Major. The broadcast wraps with Johannes Brahms’ “How Lovely is Thy Dwelling Place”, from Ein deutsches Requiem – featured in the OBF 40th Anniversary celebration concert in 2010, as a memorial tribute to many of OBF’s outstanding patrons and musicians over the years.

Oregon Bach Festival, School of Music and Dance, SOMD Marketing Use Only