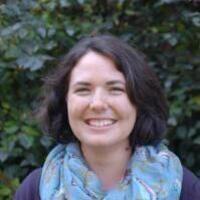 "'Remember Them for Who They Were': Decolonizing Education and Rejecting Pioneer Mythology at Whitman College"

Located in southeastern Washington, Whitman College is a small, liberal-arts institution with deeply colonial roots. Named after missionaries killed by a small group of Cayuse men in 1847, the school was considered the “fittest memorial” to these settlers throughout the twentieth century. However, on October 9, 2017, residents of Prentiss Hall came upon a defaced portrait of Narcissa Prentiss Whitman. An unnamed student had used black spray paint to obscure Narcissa’s face, creating a jarring disruption of the supposed “pioneer values” and martyrdom she had been painted to promote. Any potential misinterpretation of the anonymous activist’s intention was put to rest by a note attached to the painting, which offered a long critique of the Whitmans’ legacy, stating that Whitman College ought to “remember them for who they were: colonizers, racists, murderers.”

This note and the “vandalism” of Narcissa’s portrait is part of a larger, critical reevaluation of the Whitmans and their deaths. The past decade has seen Whitman College working to not only distance themselves from the colonial narratives which the institution was founded and built upon, but also to create relationships with the Confederated Tribes of the Umatilla Reservation, whose educational outreach and activism has created opportunities to develop local student understandings of the region’s past. This presentation will trace how Whitman College, once the “fittest memorial” to Christian missionaries of the Northwest, has become a space where students actively protest this sentiment and the images which perpetuate it, and the work that remains to decolonize spaces built to support settler colonial power structures.

Anne Reiva is a PhD candidate in history at the University of Oregon, where she has received the Peggy Pascoe Graduate Fellowship to support her scholarship on the American West. Working with advisor Prof. Jeffrey Ostler, her dissertation investigates the ways in which federal, local, and tribal voices converge in the commemorative spaces of eastern Washington and Oregon, illustrating how Native histories and museums constructed by and for the benefit of Native communities have the power to transform spaces where the legacies of colonialism seem most entrenched. Her main specialization is in the U.S. West, but she additionally has interest in discussions concerning Indigenous studies, race, women’s history, as well as historical memory and public history.