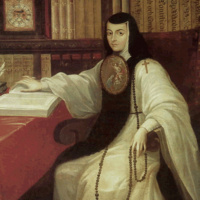 Bethany Battafarano, soprano, is an active soloist and consort singer. Her recent solo engagements include the title role in Perti’s La beata Imelde, Kurtag’s Kafka Fragments, and selections of Luzzaschi’s Madrigali for the Concerto delle Donne.

Battafarano has performed and recorded nationally and internationally with such award-winning ensembles as The Rose Ensemble, South Dakota Chorale, Quince Ensemble, and Apollo Master Chorale, among many others. Battafarano is a founding board member, co-chair of the Justice and Best Practices Committee, and soprano with Border CrosSing, which specializes in Latin American choral music. She is also co-founder of Artemis, which performs experimental music and has been commissioned by the Walker Art Center and the Experimental Media and Performing Arts Center of New York, among others. Also a composer, Battafarano’s compositions have been commissioned by the Cedar Cultural Center and featured at Studio Z of Zeitgeist and SPNN Studios. When she isn’t musicking, Battafarano enjoys work as a Spanish translator, medical interpreter, and transcriptionist. She holds MA Musicology and MM Voice Performance degrees from the University of Oregon, and undergraduate degrees in Music, Anthropology, and Psychology from Macalester College.