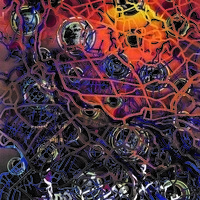 To call Mathew Picton’s sculptural works “maps,” is both accurate and a misnomer.  His three-dimensional aerial cartographies are each based in a particular city and feature layers of cultural references and historical text. Each work documents and invites us to explore particular times of societal and cultural change, specific to that area of the world. Featured in the exhibition are a selection of works that investigate colonialization and the plunder of the New World. Among these are El Dorado, inspired by the Spanish search for the city of gold in the Amazon basin, and Apocalypse Now, referencing Joseph Conrad’s Heart of Darkness, Coppola’s film, and the geography of the lower Mekong Delta.

Picton was born in London, where he studied politics and history at the London School of Economics. His work is in the collections of the De Young Museum (San Francisco), the Herbert Museum of Art (Coventry, U.K.), the Fidelity Bank collection (London), the Stadt Museum (Dresden, Germany), and the New York University Langone Medical Center Collection, as well as several private collections. He lives in Ashland, Oregon, with his artist-wife Clare Burbridge and their children, and he is represented by Elizabeth Leach Gallery in Portland.