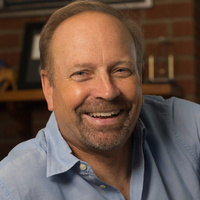 Lost Earth: How Science Failed to Communicate the Biggest Crisis

Join the School of Journalism and Communication for our annual Richard and Laurie Johnston Memorial Lecture, co-sponsored by the Phil and Penny Knight Campus for Accelerating Scientific Impact.

Lost Earth: How Science Failed to Communicate the Biggest Crisis

A conversation with writer and scientist-turned-filmmaker Randy Olson

Obfuscation: the act of making something obscure, unclear, or unintelligible.

In 1975, author Michael Crichton published a simple paper in the New England Journal of Medicine citing obfuscation as the biggest source of problems in the communication of medicine and science. It went unnoticed.

In 2018, the New York Times published “Losing Earth,” a popular article painting a heroic picture of climate scientists who warned against global warming in the 1970s. Despite the article’s in-depth reporting and broad appeal, obfuscation was again ignored.

Join Olson for an honest look at the source and solutions for science communication failures.

RANDY OLSON is a scientist-turned-filmmaker who left a tenured professorship of marine biology (PhD Harvard University) to attend USC School of Cinematic Arts. After completing the program, he led a successful career in and around Hollywood for 25 years. He has published three books on the communication of science, starting with his identification of the problems in “Don’t Be Such A Scientist: Talking Substance in an Age of Style” (Island Press, 2nd edition, 2018). Next, he explored science communication solutions in “Houston, We Have A Narrative: Why Science Needs Story” (University of Chicago Press, 2015). Olson leads a Story Circles Narrative Training program that has now involved over 1,000 scientists from government agencies, including the National Park Service, National Institutes of Health, U.S. Department of Agriculture, U.S. Geological Survey, U.S. Fish and Wildlife Service, and more. Olson is now growing his workshop and bringing his message to universities across the country.