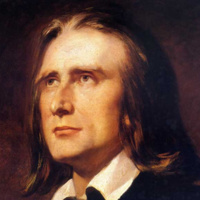 This event will be live-streamed from the SOMD website.

Join us for an evening of inspiring music by Liszt, in celebration of the composer’s 204th birthday.

A very special installment of the annual Liszt celebration will see six graduate pianists from the studio of Alexandre Dossin joining forces to perform Liszt’s monumental "Transcendental Etudes,” a cycle of twelve etudes considered some of the most difficult in the piano repertoire.