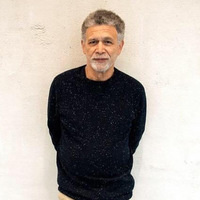 Lewis Watts: “Faces and Places in the Diaspora”

University of Oregon Spring 2022 Visiting Artist Lecture Series
Presented by the Department of Art and Center for Art Research, co-sponsored by the Jordan Schnitzer Museum of Art where Watt's current exhibition "Likeness or Not: Reflections from the African Diaspora" is currently on view.

Lectures will be in Lawrence Hall, Room 177, 1190 Franklin Boulevard, Eugene, OR 97403 and will also live stream on the UO IS Media Services YouTube.

“I will show and talk about the thrust of my photography practice over the last fifty years. I have primarily been very interested in the culture, history, and migration of people in the African American Diaspora. This comes from my roots as the offspring of southern born parents who came west as part of the Great Migration of the Twentieth Century. My work has traced evidence of that journey in the landscape, the culture, belief, artifacts and faces of those who moved. I have also documented the source and roots of that migration, having photographed in the south, as well as in other destination in the west and north. This research has recently expanded to tracing patterns of culture and migration of the diaspora in Europe and Africa. I have also collected artifacts and historical literature as the vehicles that mark these journeys.” – Lewis Watts, 2022

Lewis Watts is a photographer, archivist, curator, and Professor Emeritus of Art at UC Santa Cruz. His research and artwork centers around the “cultural landscape” primarily in communities in the African Diaspora in different parts of the world. He is the co- author of “Harlem of the West: The San Francisco Fillmore Jazz Era” Heyday Books Berkeley 2020, “New Orleans Suite: Music and Culture in Transition” UC Press 2013 and “Portraits” EditionOne Press Berkeley 2020. His work has been exhibited at and/or is in the collections of The Zimmerli Museum, Rutgers University, Staatiche Kunstammiunger, Dresden Germany, Autograph London, The San Francisco Museum of Modern Art, The Ogden Museum of Southern Art, New Orleans, The Oakland Museum of California, The Amistad Center for Art and Culture, Hartford, Conn, and The McEvoy Foundation, San Francisco among others. He is affiliated with the Rena Bransten Gallery San Francisco.