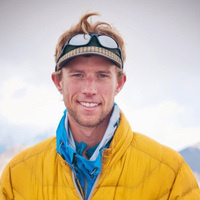 Leif Whittaker: My Old Man and the Mountain

Join us for a slideshow, discussion and book signing with Leif Whittaker who will be discussing his new memoir, My Old Man And the Mountain.

In 1963, the world followed the first American Mount Everest Expedition, and watched as "Big Jim" Whittaker became the first American to stand on top of the world. He returned home a hero. My Old Man and the Mountain is Leif Whittaker's engaging and humorous story of what it was like to "grow up Whittaker," as the youngest son of Jim Whittaker and Dianne Roberts, and amid an extended family of accomplished climbers. Readers learn of his first adventures with family in the Olympic Mountains and on Mount Rainier; his close, yet at times competitive, relationship with his brother Joss; his battle with a serious back injury; and his efforts to stand apart from his father's legacy.

"Whittaker writes as he climbs mountains, with courage, grace, and a dash of humility. The result is an utterly compelling tale of a young man who bravely tackles two great challenges--one made of rock and ice and one made of doubts and fears. It's a great read."--Daniel James Brown, author of The Boys in the Boat