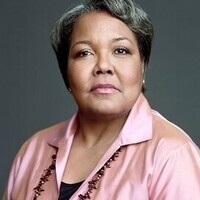 For African Americans, the 20th century, in many ways, represented a century of growth and expansion even under difficult circumstances. To the dismay of many, the 21st century has seen a retrenchment in this growth as evidenced by continued social unrest, the siege on our nation’s capital, COVID 19 and the digital divide and educational disparities. Mainstream America’s knowledge of African Americans is still very limited and rooted in stereotypes. Many of the nation’s libraries, museums and archives contain racially biased or insensitive material and a lack of African American collections. The need to change is urgent, since society still preferences those who have documentary evidence of their value. Lonnie Bunch, the 14th Secretary of the Smithsonian Institution, underscored this point in a 2016 interview when he warned that the 20th century African American historical record would be obliterated if corrective action was not taken within the next decade. Over the past twenty-one years, 821 HistoryMakers (approximately 25% of The HistoryMakers’ existing collection) have passed away. 2020 and 2021 have seen the deaths of HistoryMakers and civil rights leaders Reverend Joseph Lowery, Reverend CT Vivian and Charles Evers, baseball icon Hank Aaron, Mary Wilson of The Supremes, jazz legend Ellis Marsalis, Jr., country music legend Charley Pride, and art curator/historian David Driskell, among others. These deaths represent significant burnings of “libraries” of information. Yet, while building its own collection, The HistoryMakers has attempted to promote the preservation, growth and awareness of African American collections. While its efforts have resulted in permanent repositories for activist Angela Davis (Schlesinger Library), opera legend Jessye Norman (Library of Congress), actress Daphne Maxwell Reid (Northwestern University), and others, they are insufficient to stem prevention of the current wholesale loss of the 20th century African American historical record. The HistoryMakers seeks now to begin filling that void.

Julieanna Richardson is the founder of The HistoryMakers, the largest national collection effort of African American video oral histories on record since the WPA Slave Narratives. She holds a J.D. from Harvard Law School. She founded her own production company, SCTN Teleproductions. Richardson was awarded the 2014 Legacy Award from Black Enterprise Magazine and was profiled in 2014’s American Masters: The Boomer List.