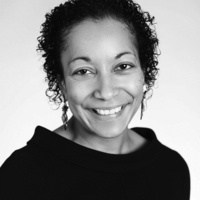 Jennifer Nash Lecture: "Love Letter from a Critic, or Notes on the Intersectionality Wars"

Join us for a much-anticipated talk by Dr. Jennifer C. Nash of Northwestern University. Professor Nash's talk is the final installment in the 2018-2019 New Directions in Black Feminist Studies Speaker Series, organized by Dr. Shoniqua Roach.