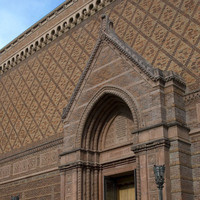 Fred Hoffman (Ph.D. 1976, UCLA) is the author of several publications, including the major monograph/catalogue raissoné on Chris Burden; Keith Haring, The Birth of Wonder; Thoughts on the Return and Artistic Maturation of Dennis Hopper and The Art of Don Van Vliet. Hoffman produced two early artist books with Mike Kelley.