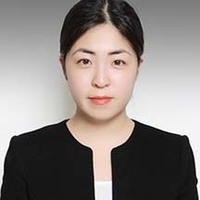 Philosophy graduate student Jane Nam will present a noon talk entitled, “Escape the Corset: Radical Korean Feminism.” Nam received a 2019-20 graduate student research award for her work from the Center for the Study of Women in Society.

South Korea is often deemed the beauty capital of the world, as the cosmetic surgery hub and home to one of the largest beauty industries in the world. The faces of female K-pop idols and K-drama celebrities have come to symbolize the K-beauty standard: perfection.

Beginning in the summer of 2018, however, young Korean women began posting pictures of themselves on social media, with shaved heads, androgynous clothing, and smashed makeup products. “Why do I want to be pretty?” “Do I want to be pretty?” These are the questions young women are asking themselves as they partake in what they call, the Escape-the-Corset Movement, or Tal-Corset (in Korean). The goal? Freedom to be human, and not “woman.”

Nam connected with over fifty women following the #escapethecorset movement. Her research brings to light, the strength, intelligence, and courage of Korean women who have demonstrated not just their potential but also a capacity for activism through concrete acts of feminism.

More upcoming events can be found on the CSWS Events page.

Center for the Study of Women in Society