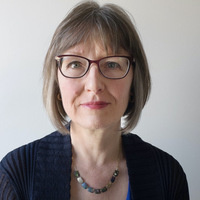 Wilson is acclaimed for his contributions to the genre of progressive rock, through his band Porcupine Tree and his solo Steven Wilson project, as well as through his collaborations with progressive rock artists. While his music explores progressive forms, arrangements, and production strategies, his stories reveal a preoccupation – in keeping with the genre of progressive rock – with human experience. He communicates his album narratives not only through music and lyrics, but also through a range of paratextual materials (Genette 1997), including written texts, visual images and internet sites, in order to portray vividly the experiences of his narrative subjects. In Wilson’s hands, the concept album becomes a multimodal, intermedial, and transmedial storyworld (Jenkins 2006), asking the spectator to interact with a collection of materials that offer dynamic perspectives and distribute the narrative elements in fragmented forms.

Released in 2015, Hand. Cannot. Erase. explores a poignant narrative of human loss through the materials of the album, a deluxe edition book, representational artifacts, an internet blog putatively written by the subject, and several music videos. To interpret this complex network of musical, textual, and visual materials, the analytic challenges are as follows: to illuminate the dialogue between musical expression and the paratextual materials; to interpret the multimodal discourse of the recorded tracks (text and music), the music videos (text, music and images), and the print and internet materials (text and image); to discover the ways in which individual texts are connected in intermedia relationships to other texts in the network; and to understand the cohesive narrative that emerges in and through the transmedia platform. This paper illustrates these interrelated terms by offering a cogent analysis of the album materials in order to reveal the textual, sonic, and visual means by which Wilson conveys his concept album narrative.

Lori Burns is Professor of Music at the University of Ottawa. Her interdisciplinary research merges musical analysis and cultural theory to explore representations of gender in the lyrical, musical and visual texts of popular music. She has published articles in edited collections published by Ashgate, Bloomsbury, Cambridge, Garland, Oxford, Routledge, and the University of Michigan Press, as well as in leading journals (Popular Music, Popular Music and Society, The Journal for Music, Sound, and Moving Image, Studies in Music, Music Theory Spectrum, Music Theory Online and The Journal for Music Theory).

She is co-editor of The Pop Palimpsest with Serge Lacasse (2018) and The Bloomsbury Handbook to Popular Music Video Analysis with Stan Hawkins (2019). Her book on popular music, Disruptive Divas: Critical and Analytical Essays on Feminism, Identity, and Popular Music (Routledge Press, 2002) won the Pauline Alderman Award from the International Alliance for Women in Music (2005). She was a founding Co-Editor of the Tracking Pop Series of the University of Michigan Press and is now Co-Editor of the Ashgate Popular and Folk Music Series and Associate Editor of Music Theory Spectrum. In May she is hosting the International Progect Network for the study of progressive rock and metal.

School of Music and Dance, SOMD Marketing Use Only