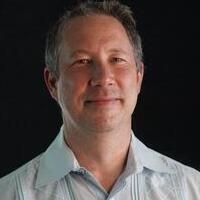 Renewed attacks on anti-racist education and policies have centered on the contention that struggles for racial justice will inevitably disenfranchise and even humiliate those who have benefited from the dominant systems of racial inequality. Yet a long tradition of social movements, intellectuals, artists, and cultural formations have argued that the abolition of white supremacy can produce the foundations for a universal liberation. Rather than seeking "equal rights" within failed systems, these efforts generated new visions that embraced human difference, vulnerability, and interdependence as core productive facets of our collective experience. From the nineteenth century's abolition democracy and efforts to end forced sterilizations, to the twentieth century's domestic worker organizing campaigns, to the twenty-first century's environmental justice movement, these transformative visions of racial justice have produced conceptions of freedom and interdependence never envisioned in the nation's dominant political framework.

The Imagining Futures series seeks to reframe some of today’s pivotal social issues in order to conceptualize a more just and sustainable future for all. The topics covered throughout the lecture series will be interdisciplinary and will address issues that impact all of us. At this crucial turning point in human history, we now must ask: What does a better future look like, and for whom? Who will—and should—have the power to define the future? How do we move forward together? This lecture series will summon us to imagine answers to these and other related questions.

Daniel Martinez HoSang is an Associate Professor of Ethnicity Race and Migration and American Studies at Yale University. His forthcoming books include A Wider Type of Freedom: How Struggles for Racial Justice Liberate Everyone (University of California Press, fall 2021) and Under the Blacklight: The Intersectional Vulnerabilities that Covid Lays Bare (Haymarket Press, Spring 2021, co-edited with Kimberele Crenshaw).

HoSang is the co-author (with Joseph Lowndes) of Producers, Parasites, Patriots: Race and the New Right-Wing Politics of Precarity (University of Minnesota Press, 2019) and the author of the author of Racial Propositions: Ballot Initiatives and the Making of Postwar California (University of California Press, 2010) which was awarded the 2011 James A Rawley Prize from the Organization of American Historians.