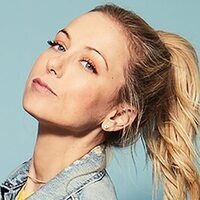 Iliza is one of today’s leading comedians with a fan base who show their loyalty by creating their own Iliza inspired swag to wear to her shows. On November 19, 2019, she premiered her 5th Netflix stand up special Unveiled, which delves into her journey of getting married. Her past specials include War Paint, Freezing Hot, and Confirmed Kills. Iliza’s last Netflix special, 2018’s Elder Millennial, is the subject of Iliza Shlesinger: Over & Over, her “fan-u-mentary” which is currently streaming and gives fans an inside look into what goes into the making of one of her specials. She recently wrapped production on The Iliza Shlesinger Sketch Show for Netflix which will premiere in April 2020.