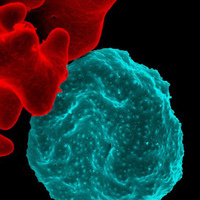 History Workshop: Rebounding Malaria and the Ethics of Eradication

History Workshop presents "Rebounding Malaria and the Ethics of Eradication: the WHO Campaign in Zanzibar, c. 1957–1968", featuring Melissa Graboyes of the Clark Honors College. This paper chronicles the history of malaria elimination attempts in Zanzibar, taking a close look at the World Health Organization’s failed elimination attempt between 1958-1968, and the epidemic of rebound malaria that struck the island afterwards. The paper argues that the WHO scientists recognized from the very beginning that Zanzibar’s elimination attempt was unlikely to succeed but publicly blamed Zanzibari workers, institutions and community members for the many problems that arose. Drawing on internal and confidential WHO documents, the paper also shows that scientists recognized the risks of rebound malaria early on, yet did not responsible plan for measures to lessen the epidemiological burden to local people. A particular focus is on the ethical questions emerging around the loss of acquired immunity, how local communities understand the potential risks, and how international global health groups plan responsible exit strategies. The historical case study is framed in light of Zanzibar’s current malaria elimination activities, led by the Gates Foundation. The paper is based on extensive work in the Zanzibar National Archives and the WHO archives in addition to interviews and observations in Zanzibar.