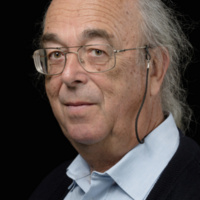 Bovet is a specialist in Hispanic organ music. He has completed a comprehensive survey of the historical organs in Mexico and Brazil in cooperation with UNESCO and the Swiss cultural foundation Pro Helvetia. For twenty years, he taught courses for interpretation of Spanish music at the University of Salamanca and gave numerous masterclasses on this and other subjects in universities and academies all over the world.

Bovet founded the Romainmôtier Organ Academy in 1970, an independent teaching institution. He taught at Music Academy in Basle, Switzerland, from 1989 to 2008, and has been guest professor at many European and American universities, including Geneva Conservatory (1962-1964), University of Western Ontario (1976 / 77), University of Oregon (1980 – 1982), Drake University (1983), Southern Methodist University, Dallas (Distinguished Visiting Professor in 1984), Cincinnati Conservatory of Music (1986), University of Salamanca, Spain (1978 – 1999), Conservatory of Bologna (Italy). Guy Bovet is Professor emeritus of the Musikhochschule in Basel, Switzerland, retired organist of the Collegiate Church of Neuchâtel, honorary citizen of the City of Dallas, Texas, and doctor honoris causa of the Universities of Neuchâtel and Warsaw.