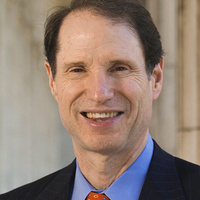 Fundamental Rights, Data Privacy, and the Power of Tech Companies, a conversation with Senator Ron Wyden

Register for this free online event

Senator Ron Wyden (UO Law '74) has been a champion for net neutrality, internet freedom, and cybersecurity for decades. He is a leading voice on policy related to tech companies and data privacy and coauthored the Communications Decency Act (CDA), which governs everyday interactions with websites, services, and social media networks and impacts fundamental rights under the U.S. Constitution.

In this conversation, Senator Wyden will address how the internet interacts with the freedoms guaranteed under the First and Fourth Amendments (for example, law enforcement's use of personal location data to arrest Capitol insurrectionists), regulation of tech companies, issues surrounding data privacy, and the costs and benefits of reforming Section 230 of the CDA. The conversation will be moderated by Wayne Morse Law Fellow Shiwanni Johnson, founder and president of the UO Technology and Law Club.

Since 1996, Ron Wyden has held the U.S. Senate seat once occupied by his mentor, Wayne Morse. He is chair of the Senate Finance Committee and a senior member of the Energy and Natural Resources Committee. Wyden also sits on the committees on budget and intelligence. He served in the U.S. House of Representatives for 15 years. While there, Wyden played an influential role in the passage of Section 230 of the Communications Decency Act of 1996. He has won many awards for his pioneering role in establishing a free and open internet and is known for his commitment to ensuring that more Americans can afford access, and have means of access, to broadband and phone service. Wyden currently sits on the advisory board of the Wayne Morse Center for Law and Politics.

Shiwanni Johnson is a third-year law student at the University of Oregon School of Law and a Wayne Morse Law Fellow. She came to Oregon Law interested in data privacy and cybersecurity, and founded the Technology and Law Club her second year. After graduating law school, Shiwanni hopes to continue to pursue these interests within the legal profession.