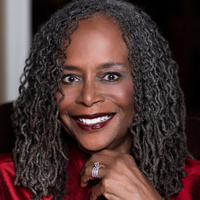 “From Fact to Fiction: A Colored Life in Letters”

Holloway is the James B. Duke Professor Emerita of English and Law at Duke University, where her research and teaching have included African American literary and cultural studies, bioethics, gender, and law. She is the author of nine books of scholarship, memoir, and fiction, including Passed On: African American Mourning Stories (2002); BookMarks: Reading in Black and White–A Memoir (2006); Private Bodies, Public Texts: Race, Gender, and a Cultural Bioethics (2011); and Legal Fictions: Constituting Race, Composing Literature (2014).

In her novel, A Death in Harlem (2019), Holloway weaves a mystery in the bon vivant world of the Harlem Renaissance. “Taking as her point of departure the tantalizingly ambiguous ‘death by misadventure’ at the climax of Nella Larsen’s Passing, Holloway accompanies readers to the sunlit boulevards and shaded sidestreets of Jazz Age New York. A murder there will test the mettle, resourcefulness, and intuition of Harlem’s first ‘colored’ policeman, Weldon Haynie Thomas. Clear glass towers rising in Manhattan belie a city where people are often not what they seem. For some here, identity is a performance of passing—passing for another race, for another class, for someone safe to trust. Thomas’s investigation illuminates the societies and secret societies, the intricate code of manners, the world of letters, and the broad social currents of 1920s Harlem” —from Northwestern University Press.

This year’s Lorwin Lecture series is sponsored by the Center for the Study of Women in Society. The Lorwin Lectureship on Civil Rights and Civil Liberties is funded by a gift from Val and Madge Lorwin to the University of Oregon College of Arts and Sciences and School of Law.