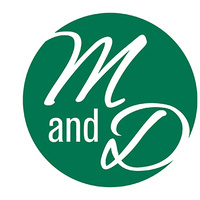 Fireworks is a new music ensemble known as "the bridge between the contemporary classical ensemble and the mainstream popular audience." This innovation ensemble has led the charge to bring a fresh perspective on chamber music to a new generation of listeners. With a repertoire that includes Frank Zappa’s instrumental rock, dance music from around the world, classic cartoon music, traditional Americana, and reinventions of 20th-century orchestral works such as Stravinsky’s The Rite of Spring, Fireworks presents a distinctly American vision of chamber music. The ensemble tours throughout the United States each year and has appeared venues ranging from Carnegie Hall and The Library of Congress to nightclubs such as New York City’s (le) Poisson Rouge and Tonic. Passionate about education and outreach, Fireworks has participated in Chamber Music America’s Residency Partnership Program and Carnegie Hall’s Musical Connections program, and was an ensemble-in-residence at the Oregon Bach Festival 2013 Composers Symposium. Fireworks records for Entertainment One, which will release the ensemble’s project of Frank Zappa’s instrumental music in 2014.