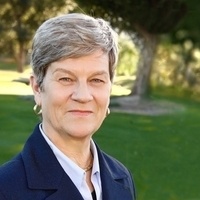 Featuring Kathleen Hall Jamieson, director of the Annenberg Public Policy Center at the University of Pennsylvania and cofounder of FactCheck.org.

This talk is sponsored by the Wayne Morse Center for Law and Politics’ Public Affairs Speaker Series and the Center for Science Communication Research (SCR). It is made possible in part by the Richard W. and Laurie Johnston Lecture Fund.

Jamieson is the Elizabeth Ware Packard Professor at the Annenberg School for Communication of the University of Pennsylvania and Director of the university’s Annenberg Public Policy Center. She has authored or co-authored 16 books, including Cyberwar: How Russian Hackers and Trolls Helped Elect a President. Among her other award-winning books are Spiral of Cynicism (with Joseph Cappella) and The Obama Victory: How Media, Money and Message Shaped the 2008 Election (with Kate Kenski and Bruce Hardy). In 2020, the National Academy of Sciences awarded Jamieson its Public Welfare Medal for her “non-partisan crusade to ensure the integrity of facts in public discourse and development of the science of scientific communication to promote public understanding of complex issues.”

In 2003, Jamieson cofounded FactCheck.org, the non-profit non-partisan website that describes itself as a "consumer advocate for voters that aims to reduce the level of deception and confusion in U.S. politics."

This was a valuable event. Will a recording be available?