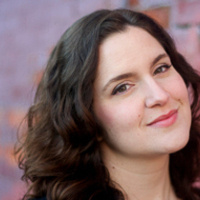 This event is Live-streamed.

Part of the UO Vanguard Concert Series, which features many of today's most highly acclaimed artists in contemporary music. Tickets are available at the door or in advance from the UO Ticket Office, 541-346-4363.

In advance of the Sunday, January 31 concert with her ensemble Roomful of Teeth, the Grammy-winning soprano Gomez will present a recital in Beall Concert Hall of eight works composed especially for her by eight UO composers: Izabel Austin, Dan Daly, Emily Korzeniewski, Rebecca Larkin, Tao Li, Martin Quiroga, Aidan Ramsay, and Ramsey Sadaka. She will mentor these composers in a ten-day residency at the university, prior to her concert engagements of this repertoire at the UO and in Portland.

Praised for her "clear, bright voice" (The New York Times) and "artistry that belies her young years" (Kansas City Metropolis), soprano Estelí Gomez is widely acclaimed as one of the most inspired interpreters of early and contemporary repertoires. In January 2014, she was awarded a Grammy with the contemporary octet Roomful of Teeth for best chamber music/small ensemble performance, which has also been nominated for a Grammy in 2016 in the same category. In November 2011, she received first prize in the prestigious Canticum Gaudium International Early Music Vocal Competition in Poznan, Poland.

An avid performer of early and new music, Estelí can be heard on the Juno-nominated recording “Salsa Baroque” with Montreal-based Ensemble Caprice, as well as Roomful of Teeth's self-titled debut album, for which composer Caroline Shaw was awarded the 2013 Pulitzer Prize. Highlights of 2014-5 include soprano solos on Conspirare’s CD of Robert Kyr’s “Songs of the Soul” and “The Cloud of Unknowing” (Harmonia Mundi), a performance of Mozart’s “Exultate Jubilate” with the Louisiana Philharmonic in New Orleans, soprano solos in Eriks Esenvalds’ Passion and Resurrection in Kansas City, Ligeti's “Aventures” and “Nouvelles Aventures” in Dallas, Berio’s “Sinfonia” with the Seattle Symphony, recitals with lutenist Sylvain Bergeron and guitarist Colin Davin, and performances with Roomful of Teeth at Lincoln Center, Walt Disney Hall, and in Seoul, South Korea.

Originally from Santa Cruz, California, Estelí received her Bachelor of Arts with honors in music from Yale College, and Master of Music from McGill University, studying with Sanford Sylvan. She currently travels and performs full-time, and is frequently an artist-in-residence in the Composition Department of the UO School of Music and Dance, as well as the Oregon Bach Festival Composers Symposium in 2016.