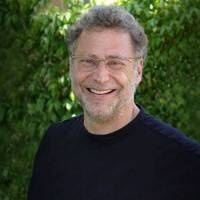 "Elastic: Flexible Thinking for our Time of Change"

We live in a time of great turmoil and change in personal, social, and business spheres. To thrive in such a time, we must adapt and exercise a particular kind of thinking. Elastic thinking is needed to assess new situations, and to form a framework for understanding and reacting to them. It is leads to innovation and creativity.

In his upcoming talk, “Elastic: Flexible Thinking for our Time of Change,” Leonard Mlodinow will explore the psychology and neuroscience behind elastic thinking, detail ways to evaluate our ability to think nimbly, and provide methods to help us improve our skills.

Mlodinow’s lecture is based on his recent book Elastic: Flexible Thinking in a Constantly Changing World, an exploration of how elastic thinking works. He draws on cutting-edge neuroscience to show how, millennia ago, our brains developed an affinity for novelty, idea generation, and exploration. He discovers how flexible thinking enabled some of the greatest artists, writers, musicians, and innovators to create paradigm shifts. And he investigates the organizations that have demonstrated an elastic ability to adapt to new technologies.

Mlodinow’s parents were holocaust survivors. His father, Simon, was a leader in the Jewish underground in Czestochowa, Poland, until he was shipped to Buchenwald concentration camp in 1944. The Nazis slaughtered his wife and two young children. After he was liberated in 1945, Simon immigrated to New York City and met Mlodinow’s mother, Irene, who had also been in a labor camp in Poland. They raised Mlodinow and his two siblings in Chicago.

Mlodinow dropped out of Brandeis University in 1973 when the Yom Kippur War began and traveled to Israel to work on a kibbutz. While there he discovered physics after reading Richard Feynman’s books. He later completed his studies at Brandeis and earned his PhD in theoretical physics from UC Berkeley.

In addition to Elastic, Mlodinow has authored and co-authored many NYT bestsellers: Subliminal: How Your Unconscious Mind Rules Your Behavior, War of the Worldviews (with Deepak Chopra), The Grand Design (with Stephen Hawking), The Drunkard’s Walk: How Randomness Rules Our Lives, and A Briefer History of Time (with Stephen Hawking).

Mlodinow’s talk is free and open to the public. Adult beverages will be available for purchase. For disability accommodations (which must be requested by April 14), contact ohc@uoregon.edu or 541-346-3934.