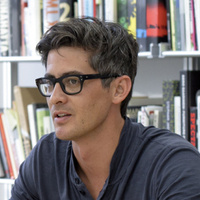 The Department of Architecture presents Dominic Leong, founding partner at Leong Leong in New York City. Leong has lived and worked in Shanghai, Paris, and New York. He received the Architecture League Prize from the Architectural League of New York and has been recognized for his work that includes a Graham Foundation Grant for his interest in the role of research in contemporary architectural education and practice. Leong is currently an adjunct assistant professor at the Columbia University Graduate School of Architecture, Planning, and Preservation, where he teaches Advanced Design Studio. He received his master of science in Advanced Architectural Design from Columbia University and his bachelor of architecture from California Polytechnic State University, San Luis Obispo.