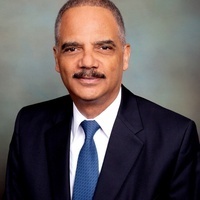 A leading progressive voice, Eric Holder has been instrumental in shaping the direction of the United States on a number of critical issues at the intersection of law and policy. He served in the Obama Administration as the 82nd Attorney General of the United States (2009 to 2015), the third longest serving Attorney General in U.S. history and the first African American to hold that office. A staunch advocate for civil rights and voting rights, Holder is active in gerrymandering reform as Chair of the National Democratic Redistricting Committee. He is a partner at Covington & Burling LLP, in Washington, D.C.

This event is the keynote for the Wayne Morse Center's 20th Anniversary Celebration and is sponsored by the Center's Public Affairs Speaker Series. It's part of the African American Workshop and Lecture Series, which is sponsored by the Office of the President and coordinated by the Division of Equity and Inclusion. It is also part of the Lorwin Lectureship on Civil Rights and Civil Liberties. It is cosponsored by the UO Political Science Department; the UO School of Law; the UO Division of Equity and Inclusion; and KLCC, public radio.

THIS WAS A TERRIFIC EVENT--ERIC HOLDER WAS IMPRESSIVE AND THOUGHT-PROVOKING. THANK YOU SO MUCH FOR GIVING THE UNIVERSITY COMMUNITY THE OPPORTUNITY TO BE PART OF IT. WAS UT RECIRDED>. IF SO, CAN WE USE ANY OF IT FOR CLASSES?