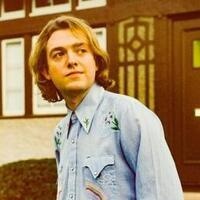 On Saturday, September 25, the Community Center for the Performing Arts proudly hosts DAYGLOW The Harmony House Tour at the WOW Hall.

Dayglow returns to US stages this September. The six week tour kicked off in his home state of Texas and takes him across the country. A cancelation in Vancouver BC enabled him to include a "last-minute" add at Eugene's WOW Hall.

The tour is the first time Dayglow, also known as 21-year-old Sloan Struble, gets to play songs from his forthcoming album Harmony House -- which came out on May 21st on Struble’s own Very Nice Records in partnership with AWAL.