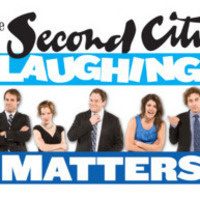 Come join us for an exciting night of comedy featuring Second City Comedy Group, a touring comedy team that is well known for famous alumni Tina Fey, Steve Carell, Amy Poehler, Bill Murray, Jordan Peele and many more. Additionally, UO's student group Absolute Improv will be opening the show at 8 pm. Doors open at 7:30 pm and free food will be provided. We hope to laugh with you there!