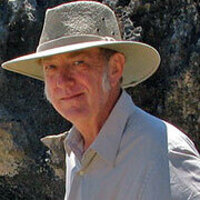 Please join the Association of Anthropology Graduate Students (AAGS) and the Department of Anthropology for a talk entitled 'What, if anything, is Australopithecus afarensis?' from Boston University anthropologist Dr. Matt Cartmill. Lunch will be provided.

Professor Cartmill is known internationally for his research and writings on the evolution, anatomy, and behavior of humans and their ancestors, other primates, and other mammals. His most important contributions have been to the study of primate origins, mammalian and primate locomotion, and the evolutionary morphology of the head and face. He has also written extensively on animal consciousness, the theory of systematics, and the history and philosophy of evolutionary biology. Prof. Cartmill is the primary author of influential textbooks on human anatomy and evolution. His 1993 book on the history of Western ideas about hunting, A View to a Death in the Morning, won awards and praise from both scientists and historians. He has served as the President of the AAPA, as the editor of two major journals and two book series (in collaboration with his partner Kaye Brown), as the director of the Duke University Lemur Center, as the chair of his department at Boston University, and as the senior associate editor of the International Encyclopedia of Biological Anthropology. He is the recipient of the 2019 Charles R. Darwin Lifetime Achievement Award, given annually to recognize and honor a distinguished senior scientist who has made outstanding contributions to biological anthropology.