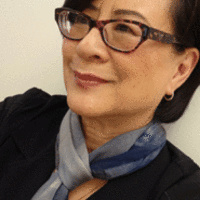 CLLAS Town Hall: Citizenship and Denaturalization in the Era of US Nationalism

The Center for Latino/a and Latin American Studies presents the CLLAS Town Hall, "Citizenship and Denaturalization in the Era of US Nationalism," with 2018-19 Wayne Morse Chair Professor Mae Ngai.

At the town hall, Professor Ngai will be addressing issues of immigration, citizenship, and denaturalization both historically and in present day. The event will be moderated by UO Professor Rocío Zambrana (Department of Philosophy).

Mae M. Ngai, Lung Family Professor of Asian American Studies and Professor of History at Columbia University, is a U.S. legal and political historian interested in questions of immigration, citizenship, and nationalism. She is author of the award-winning Impossible Subjects: Illegal Aliens and the Making of Modern America (2004) and The Lucky Ones: One Family and the Extraordinary Invention of Chinese America (2010). Ngai has written on immigration history and policy for the Washington Post, New York Times, Los Angeles Times, the Nation, and the Boston Review.