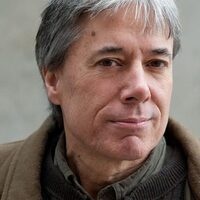 We are living in a time of extraordinary inequality, unprecedented since the Gilded Age a century ago. Yet our national conversation about how to address this challenge is equally polarized. Is there a path to reversing inequality without undermining economic health and prosperity? What is the role of taxation in reducing concentrated wealth and expanding opportunity? How do we build an economy that works for everyone?

Chuck Collins is a senior scholar at the Institute for Policy Studies where he co-edits Inequality.org. His newest book is Born on Third Base: A One Percenter Makes the Case for Tackling Inequality, Bringing Wealth Home, and Committing to the Common Good (Chelsea Green, 2016).

He is co-author, with Bill Gates Sr., of Wealth and Our Commonwealth: Why America Should Tax Accumulated Fortunes. He is co-author with Mary Wright of The Moral Measure of the Economy (Orbis 2008), about Christian ethics and economic life. His previous books include, 99 to 1: How Wealth Inequality is Wrecking the World and What We Can Do About It.

He is also cofounder of Wealth for the Common Good that has merged with the Patriotic Millionaires, two efforts to organize members of the 1 percent to advocate for fair tax policy. He is coauthor of the August 2016 report, Ever Growing Gap, about the racial wealth divide and author of Gilded Giving: Top Heavy Philanthropy in an Age of Extreme Inequality, a November 2016 report on the impact of inequality on philanthropy.