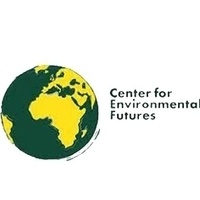 Cycles of living have long shaped the McKenzie River Valley. A constant stream of cold water spills down the valley from the high Cascades, feeding the vibrant riparian communities and fish life for which the region is famous. Seasonal cycles structured the lives of the First Peoples living in and around the area for thousands of years. Most recently, the Molalla and the Kalapuya annually travelled through the valley depending on seasonal food availability. The typically decades-long cycles of fire and recovery in the McKenzie River Valley have shaped the area’s forests; however, since Euro-American settlers seized the land of and displaced the Molalla and Kalapuya peoples in the nineteenth century, land management practices involving fire suppression disrupted these cycles. As climate change effects have intensified in the past decades, the fire season has become longer, further exacerbating increased fuel loads built up from suppression in a pattern that is becoming increasingly common across the western United States.

College of Arts & Sciences, School of Music and Dance