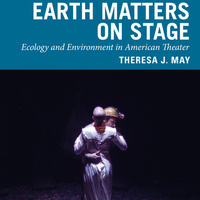 With Theresa May, Theatre Arts.