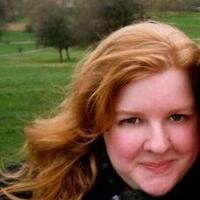 Black Pro Se examines antebellum African American writing that mobilizes specific legal forms and strategies: appeal, confession, jurisdictional attack, and encryption (citation). In framing these legal strategies as literary subversion, Black Pro Se deliberately reads beyond the well-documented testimonial power of antebellum Black writing, situating that literature instead as a site of under-theorized legal imagination that experimented with visions for Black futures within and beyond a U.S. nation-state. Historically, scholars have –necessarily –focused on the ways that this literature, especially slave narratives and other forms of abolitionist writing, documented or testified to slavery’s full brutality. Black Pro Se contextualizes that writing as a form of visionary worldbuilding, demonstrating how Black writers used legal forms in innovative and counterintuitive ways. Literature that appears to perform an affiliation with law or a demand to be included in dominant legal frameworks is often, I argue, a container for radical re-scriptings of law and power that envision entirely new forms of social relation and belonging. The appeal form, for instance, might act as a vessel in which a writer, seeming to seek redress from a white legal regime, actually re-imagines a logic of power that positions Blackness as the ultimate judicial authority. By positioning antebellum Black writers not merely as witnesses but as architects of legal possibility, Black Pro Se reframes the rise of Black literature in the 19thcentury.