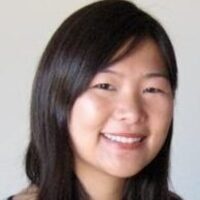 BE Visual with Dr. Janet Iwasa

Dr. Janet Iwasa is a molecular biologist and computer illustrator & animator. She animates and illustrates biologists' ideas and research to create beautiful and useful ways to explain the molecular world. She is the owner of 1 μm Illustration and is a research assistant professor in the Biochemistry Department at the University of Utah. Her broad goal is to create accurate and compelling molecular and cellular visualizations that will support research, learning and scientific communication.  Janet’s award-winning illustrations and animations have appeared in scientific journals including Nature, Science and Cell, as well as in the New York Times.  Her work has also been featured on television and in museum exhibits.  Janet was named a 2014 TED fellow and a 2017 TED senior fellow, and recognized as one of the “100 Leading Global Thinkers” of 2014 by Foreign Policy magazine and one of the “100 Most Creative People” of 2012 by Fast Company magazine.  As a postdoctoral fellow, she created a multimedia exhibit with Nobel Laureate Jack Szostak (Harvard University) and the Museum of Science, Boston, and later worked on biological visualizations as a faculty member at Harvard Medical School. She received her Ph.D. in 2006 from the University of California, San Francisco for her work on the actin cytoskeleton in the laboratory of Dyche Mullins, and completed 3D animation training at the Gnomon School of Visual Effects later that same summer. Whether you're a Biologist or an Artist- you'll love Janet's presentation, so join us for this fascinating dinner presentation followed by Q&A session. Free.