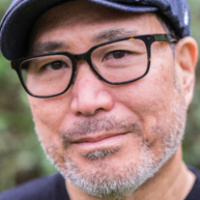 BE Change with Scot Nakagawa

The BEseries and the UO Department of Sociology are excited to welcome Scot Nakagawa to UO for a free evening presentation and dinner.

Scot is a community organizer, activist, cultural worker, and political writer. He has spent the last four decades exploring questions of racial injustice and racial formation and effective forms of resistance and strategies for change through community campaigns, cultural organizing, popular education, writing, and direct political advocacy. Scot's writings have been included in: Race, Gender, and Class in the United States: An Integrated Study, 9th Edition; Killing Trayvons: An Anthology of American Violence; and Eyes Right!: Challenging the Right Wing Backlash. Scot’s primary work has been in the fight against vigilante white supremacist groups, white nationalism, Nativism, and authoritarian evangelical political movements. In this work, he has served as a strategist, organizer, and social movement analyst. Scot is a past Alston/Bannerman Fellow and the Association of Asian American Studies 2017 Community Leader.