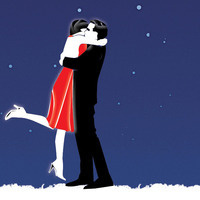 An American in Paris

LOVE IN THE CITY OF ROMANCE

In post war Paris, romance is in the air and youthful optimism reigns. Gershwin’s soaring melodies are matched by gravity-defying dance as the world rediscovers the power of love in this breathtaking production. Hoping to start a new life, World War II veteran Jerry Mulligan chooses newly-liberated Paris as the place to make a name for himself as a painter. But Jerry's life becomes complicated when he meets Lise, a young Parisian shop girl with her own secret - and realizes he is not her only suitor.

THE MUSIC YOU LOVE

Winner of four Tony Awards® and inspired by the Academy Award®-winning film, this exquisite production features your favorite Gershwin songs including "I Got Rhythm," "Liza," "'S Wonderful," "But Not for Me," and "Stairway to Paradise."